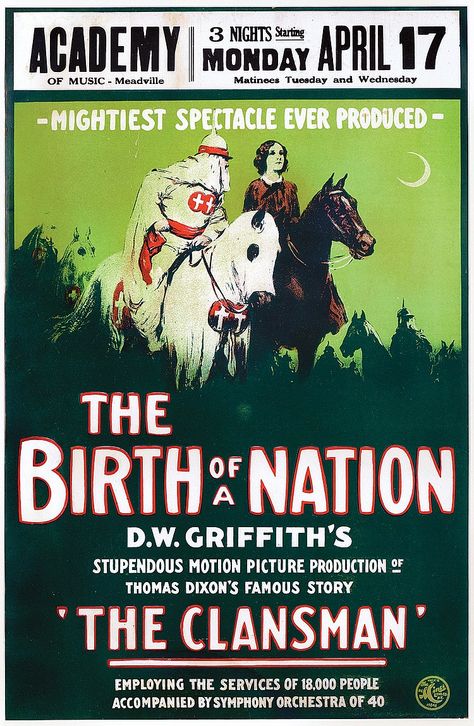 DW Griffith more or less invented Hollywood cinema with this 1915 civil war epic. That it demonises African Americans and portrays the Klan in a heroic light says much. Griffith was a visionary who nevertheless struggled to see why his masterpiece caused ructions and riots. The industry which emerged in its wake put a lid on the matter, partially, while continuing to churn out Westerns which were no less offensive.

Make no mistake though: from its set piece battle scenes to its crosscut action sequences, its expressive closeups and even the blockbuster running time, without Birth of a Nation there’s no Apocalypse Now.